Home
Entertainment
BEST COMEDY MOVIES TO CHEER YOU UP IN PANDEMIC 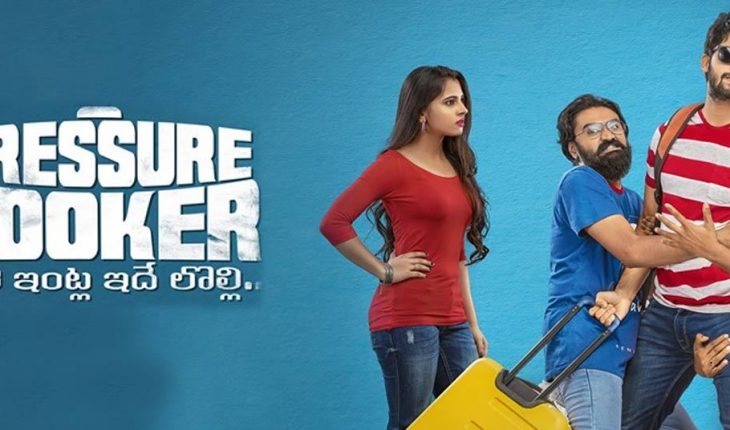 Telugu cinema, also known as Tollywood, is the backbone of Indian cinemas and has inspired many Bollywood movies. The essence of their film has been a heart-stealer and showstopper.

Many Bollywood heroines have started their careers via Tollywood and have earned significant respect, fame, and exposure. Known for being commercially consistent, Telugu cinema had its influence over commercial cinema in India. Telugu film production accounts for one percent of the gross domestic product of the region. It was Netflix and the access to it that made this pandemic sufferable. The availability of Indian movies online and not only Indian but all movies online kept us sane during the lockdown. They have always come up with something new and

Many new Telugu movies online are available on aha, and one can enjoy and cheer their mood anytime, anywhere. It is such a bliss to have multiple options to choose from.

Pressure cooker Movie: It’s a 2020 Telugu comedy-drama film. The pressure cooker is written and directed by SujoiKarampuri and SushilKarampuri. Sai Ronal and Preethi Asrani are the main leads of the film. Rahul Ramakrishna, Tanikella Bharani, and Jhansi acted as supporting roles. The movie is released on OTT. The movie mainly revolves around the pain and suffering of every youngster who was forced to go to foreign for namesake and parent’s expectations on their children. Since it is a comedy movie, all the scenes are fun-filled and had a motive behind them.

A motive to inspire and teach the youths and their parents a lesson. It is a comedy-drama. The parents who want to send their children out of the country for status and namesake. Comedy

scenes and scene timings were outstanding and worth applauding. The first half of the film is overly enjoyed. Telugu movies are primarily famous for the lesson and the remarks that they leave behind. They always leave the audience speechless and with a thirst and hunger for more. People are always excited for more, and the more the excitement of the audience, the more is the enjoyment of actors, producers, director, and the entire team in producing movies over and over again.

Now about the actors who are cast in this movie. PreethiAsra acted as Anitha, Kishore’s love interest. Her acting is so good, and as always, she is adorable and natural in the movie. She is a well-known actor in television series in Telugu and Tamil. Rahul Ramakrishna has brilliant comedy timing. This movie is yet another example of his perfect comedy timing and witty nature. He has rocked in his previous films and did the same in this one with even more perfection. You will enjoy his role and his comedy in the movie. The movie flows without any unwanted or overrated stuff. It is an overall very entertaining comedy film that corners the emotions of youth and their parents and teaches the young and older generation

Catch this movie today itself on Aha, your preferred source for amazing Telugu entertainment.